Bekky has been shooting barebow since September 2004 when she started to shoot with the help of both Chris Mason and the now Finance Director for Archery GB Eric Jackson at WOAC in Northamptonshire.

Her first bow was a fibreglass green and yellow bow that she found on a trip to KG Archery in September 2004. She walked round with it for 3 hours while we sorted out bows for her brother and father. She proudly walked up to Chris and Eric the following week and told them she had a bow her size and could she now learn to shoot please. After the rest of the members had shot Bekky was taken down to the 10yd line and enjoyed her time shooting. Sometimes she even decided to sit on Chris’s knee to shoot instead of standing up! Attached is a copy of a photo taken Christmas 2004 fun shoot.

The family moved to Nottingham in 2006, and joined Burton Joyce Archers who welcomed the little girl with the green and yellow bow into their junior club.

Over the next few years Bekky continued to progress as a barebow archer. Her reputation with a bow in the club was highlighted, when a picture of a broken longbow arrow was placed in the clubhouse, with a warning to other club members of the dangers of shooting with a young barebow archer who could effectively shoot longbow archers arrows out of the air.

Bekky has been shooting competitions since 2009 and has shot for the Nottinghamshire County Recurve Team since 2010. This year Bekky qualified for selection to EMAS but due to her age declined the place.

In the 2011 season Bekky has managed to set and break a total of 13 National and EMAS records and 15 County records in the Ladies Under 12 Barebow category.

Bekky loves her archery and one day would love to shoot for her country.

She is very grateful to Burton Joyce Archers, Christine Gascoigne and also Mario Stankovic for giving her the support and encouragement to continue to shoot barebow. She is also very grateful to John Wilson Chariman of the Junior Section of Archery GB for revising the Barebow classification to bring them into line with recurve classification this year and publishing them in time for claims to be made before the December 2011 deadline 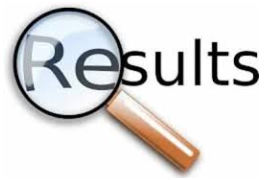